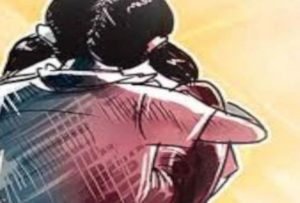 LokJan Today: Sir, my mother wont to beat me and my younger sister tons. We don’t even give food for several days. Now we do not want to be with them. A 10-year-old girl said this on Wednesday at Munikirati police headquarters. The policemen present were stunned to listen to the girl’s talk.
On Wednesday, a ten-year-old girl, resident of Munikirati police headquarters area, reached the police headquarters. The girl said that she also features a six-year-old younger sister. Mummy kills both of our sister’s tons. the kid told that her father also doesn’t accept the mother.

The lawsuit filed under the act

There is a dispute between the 2, which is into account within the domestic relations court. In spite of this, the girl gave a tahir to the police and expressed her desire to not accept her mother. Taking cognizance of the letter, the Munikirati police have registered a case under the Juvenile Justice (Care and Protection of Children) Act.

Senior Sub Inspector Sanjeet Kumar said that a case has been registered within the case on the idea of Tahrir. Advance action is being taken after considering it.