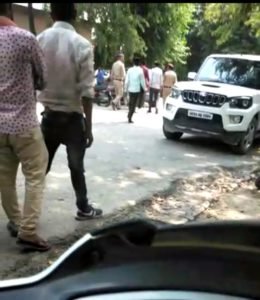 Rudrapur After openly disclosing corruption in the ARTO office Rudrapur, Lokjan Today had seen a clear picture of public, administration and governance. After all, the ARTO office in Ralpur is stranded in Chalan of Dallo and no work is done without the broker,

In this case, ARTO Sandeep Saini said that the documents received from the recovered cars are being examined and after which advance action will be taken.