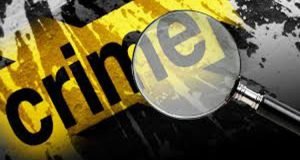 Lokjan Today: – Dehradun. The Army’s jawan forged all the court marriage papers and promised to marry the woman, for 3 years, he kept a physical relationship with that young woman and complaint is lodged in the Dalanwala police station of Dehradun, police is investigating the matter.

The case has been filed by a girl in the Dalanwala police station, that for three years an army jawan managed to maintain physical relations by with a false promise of marriage but when she asked the jawan to marry her, Karanveer Singh escaped.

The young woman was originally from Uttarkashi, who accused the a soldier in the Indian Army for pretending to be in love for three years and having a physical relationship. When the woman asked him to marry , the young man threatened the girl and refused to marry. When the girl was asked to complain about Ranvir, Ranvir took that girl to his friend’s room and escaped with her purse and mobile , after which the girl discovered that Ranvir had already taken away a girl from her house, but it was decided by some people of the village that Ranvir will have to marry both the girls but the girls’ family does not agree with this decision.

On the complaint of the girl, the Dalanwala police station registered the case against Ranvir under section 376 of IPC.