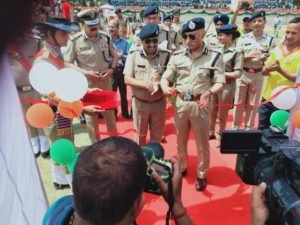 Lokjan Today: Dehradun. “Disaster awareness fair” showed how to protect your family as well as the societyinn case of a natural disaster . The entire rescue team and Uttarakhand police officers and personnel were present. 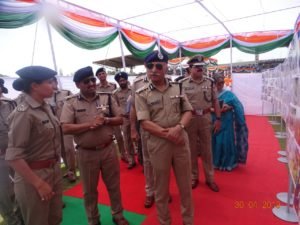 The SDRF team alongwith the rescue team made people aware on how to deal with an emergency situation and even conducted mock drills. They also explained to that at the time of disaster what are the main things that should be defended. 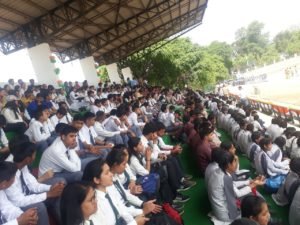 The Fair witnessed a participation of about 8 thousand school students students of 43 schools of Dehradun city. They taught the students about how to save themselves if an earthqauke occurs in the school premises or any other location. 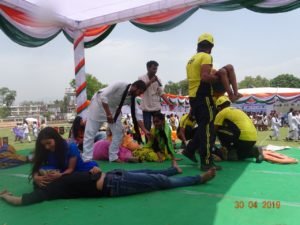 Free blood pressure and diabetes checkup was also conducted during the event. Drama and Uttarakhandi dance was used to create awareness about disasters. Even while through the art of magic, safety measures were shown and explained to the students. A demonstration of rope rescue was also shown to the students. During a disaster like earthquakes, children do not know what to do, so a mock drill was also conducted for practice. 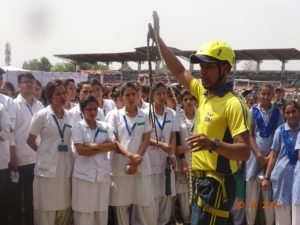 Using a Photo Gallery the students were acquainted to topics such as SDRF team’s Rescue work, mountain expeditions, social activities, environmental safety, exposed to a variety of subjects. 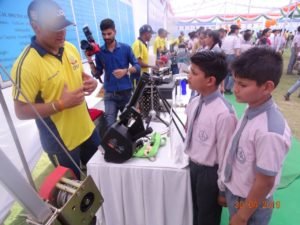 ● An exhibition of tools and several devices used during mountaineering ,SDRF by CSSR MFR, floods was also shown. 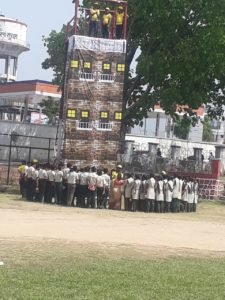 SDRF motorcycle squad attracted the students the most.

● SDRF personnels explained all the primary medical aid tricks, demonstration on CPR was also given.

The event was launched with the ribbon cutting ceremony by Chief Guest Shri Anil Rtudi DGP, Uttarakhand police. He talked about the working and benefits of expansion of public awareness campaigns by the Minister in his address. 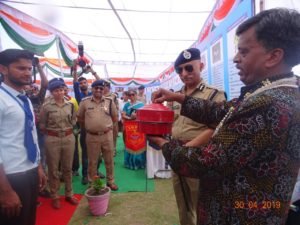 In the event ceremony, Mr. Ashok Kumar, Director General of Police, Mr. Vinay Kumar Deputy INT / admin General with other seior officials were present. At the end of the ceremony, Trupti Bhatt Sonanayak from the SDRF team addressed the crowd with a vote of thanks. 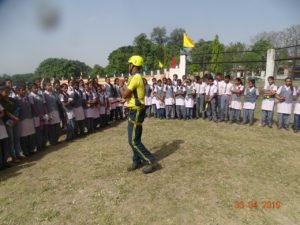