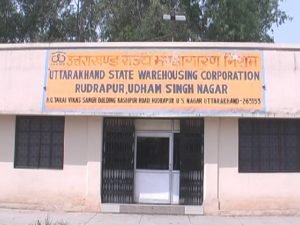 Lokjan Today: Rajiv Chawla: Rudrapur, Udham Singh Nagar. On one hand, where the farmer is forced to keep his wheat crop under the open gear due to the lack of warehouses …. On the other hand, Rudrapur has put the rules on the law in place, in place of agricultural products in a warehouse of State Warehousing Corporation To keep the electrical equally like TV, fridge and AC, a trader has been given on lease … This warehouse built to keep agricultural products like wheat, rice and manure should be distributed to the state Due to the dogma of an officer of the corporation, a businessman of the city has been given lease to keep the same electrical … and for the past several years this warehouse of State Warehousing Corporation should be operated by a businessman from the city. Used to be…. 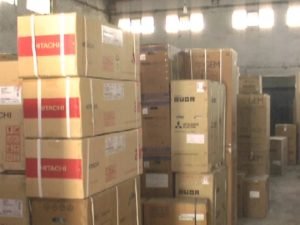 On this whole issue, when we talk to the General Manager of State Warehousing Corporation, then it is clear where the corporation does not get any help from the state government to pay salaries to the corporation … Therefore, the warehouse Has been given on lease to a trader of the city for his cumulative use …. But no document related to possessing non-agricultural products in the goddess can not be seen by the corporation’s magnificent. E.